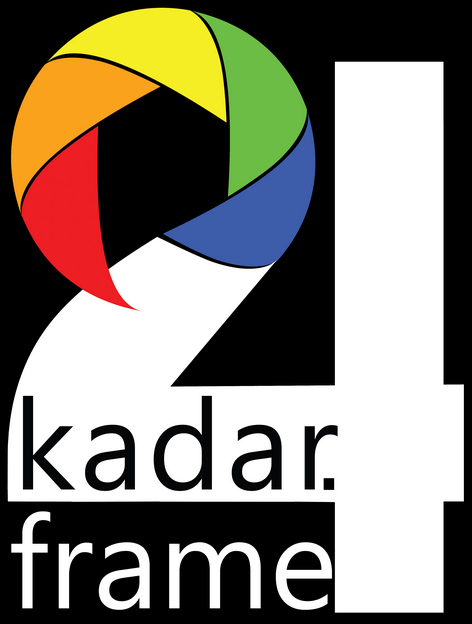 Born in 1974. in Belgrade, FA1 FSS, winner of the international photo competition "Fotofiniš" 2011. "His photographs are his vision of the world and reveal him as a man. Perfect compositions of photographs speak about the fact that the principle of harmony is crucial for him. His sense of humor and irony, but at the same time sympathy for found and photographed people as motives, are always present. You'll not be able to find cheap voyeurism on his photos. Even when Bajčetić takes photos of the dark side of life, his photos are elegant. It's nice to have that kind of a man as a friend." (Srđan Plavša Runde)

https://www.flickr.com/photos/borisbajcetic/
//fotorepublika.com/pantapita
Branislav Brkić
Srbija
Branislav Brkić
MFIAP, HonEFIAP, EFIAP/s, MFFSS, ULUPUDS
Branislav Brkić was born in 1960 in the town of Valjevo, Serbia.
Today he lives in Belgrade, he is a graduate electrical engineer.
He's interested in photography since 1977, and has been present at group exhibitions of artistic photography since 1980. So far, he participated in more than 400 group exhibitions in Serbia and abroad, receiving more than 150 awards.
He has had 30 personal exhibitions in Serbia and abroad.
In FIAP (International Federation of Photographic Art), he holds the distinctions MFIAP (Master FIAP), HonEFIAP and EFIAP/s.
He has been President of the Photo Association of Serbia since 2003.
He is a member of ULUPUDS since 2013.
He has a certificate EPSON Digigraphie for high quality printing of photos.
http://bbrkic.com
http://www.digigraphie.com/int/profile/1037/branislav-brkic.htm

Dragan Babović
Srbija
My name is Dragan. I am Serbian, from Belgrade.
Among the huge number of photographers, there is also a large army of viewers.
If a little better focus your view, you can see that both – photographers and viewers are in fact one and the same people.


Đorđe Gavrilović
Srbija
Đorđe Gavrilović
Pobednik Foto Finiš 2010
Great love for photography I owe to my father who is in the dark bathroom transmitted secret of darkroom. Eventually I realized that photography can show my view of the world, not only to impart moments passing around us. Since then I have always held the camera curtain open, closing it only when I can stop time. So, it was created out of my field of interest, photos removed from time and space.

MFFSS
Year and place of birth. Mokrin, in 1956. Studied German Language and Literature of the Belgrade University. Published photos since 1974. articipated at over 200 exhibitions within the country and abroad, Professional photographer since 1980 as newspaper photographer – "Ilustrovana Politika", "Politika", "Intervju" and "Nin" He has worked as photography editor at the daily newspaper Danas. His photos were published in numerous significant international journals (Stern, Focus, Spiegel, Mond, Lexpress, Time, Newsweek, Herald Tribune, Le Nouvell Observateur… Hi is a member of ULUPUDS since 1985.
http://www.imreszabo.com/en.html

was born on July 14th 1975. In 2004. becomes a member of photo club "Paracin" and Photo Association of Serbia. Since 2020. has a title MF FSS in Photographic Associaton of Sebia and international title EFIAP in FIAP since 2015. Till today she took part at more than 220 international group exhibitions and won over 70 prizes for photography. She had two solo exhibitions – "Like a tempera" year 2008. and "Saved from Oblivion" was in several towns of Serbia since 2013-2015.

I started Exhibiting Photographs by forming the photo club in Travnik in 2006. During this period, thanks to my achieved results on photographs exhibitions around the world I received the highest local rank as Master of Photography by AUFBIH, on the international scene I received rank EFIAP.
Currently, I am a member of Arts Organisation of AUFBIH and a coordinator for awarding professional photography ranks here in Bosnia and Herzegovina.
So far I participated in 232 exhibitions. Apart from Bosnia, my photographs were exhibited in Slovakia, Belgium, Spain, Norway, Saudi Arabia, France, Austria, Croatia, Slovenia, Montenegro, Argentine, Serbia, India, China, Russia, England, South Africa, Macedonia, Turkey, Canada, Romania, Hungary, Ukraine, Oman and Vietnam.
At these exhibitions, I won 129 recognitions among which are 49 first awards, 21-second awards, 11 third and 48 participations gratitude.
At the FIAP exhibitions, on the highest worldly photography scene, I participated 395 times with 166 different photographs.

Graduated from University of Fine Arts in 1991.
From 2013 till now, he has achieved 300 awards from international competitions that held by organizations, the Photography Federations in many country such as: US, France, England, Spain, Portugal, Brazil, Argentina, Finland, Germany, Greece, Egypt, Hong Kong, Macau, China, Taiwan, Serbia, Montenegro, …. His photographs were exhibited in many countries.
In addition to taking photographs for advertising and trading, the artwork of Artist Nguyen Vu Phuoc simply capture moments in daily life like sadness, happiness, the pain of all people from kids to the elderly as a part of his diary. He wishes to contribute to enriching Vietnam cultural activities.

Born in 1966, medical doctor and professor in radiology. I am in artistic photograpahy since 2003 with participation in national and international competitions with more than 20 awards. I had 7 independent photo-exhibitions. Frame 24 photo competition's jury member in 2016. Photo interests: street, portrait.

I finished elementary and high school in Vitez, and studied in Sarajevo.

So far, I have had 6 solo exhibitions.

I prefer photographing nature and landscapes, but by observing the world around me, I discover many other photographic challenges.

For life motto, I adopted the saying from Andy Rooney: "I've learned … That's those small daily happenings that make life so spectacular.


Vladimir Jovanovski
Makedonija
Vladimir Jovanovski was born in 1983 in Kumanovo, Macedonia. Active in art photography from his tenth year. In the last ten years he has exhibited his works in 200 international exhibitions in more than 25 countries around the world, whereby he won numerous awards.

He was an activist and president in the photo cinema club Kozjak, and is now a member of the photo club Kumanovo. Honorary member of Image Sans Frontier, Image Colleague Society and Kragujevac Photo Club. President of IAAP and representative for Macedonia at ISF and UPI.

In photography he is no ordinary registrant of things. Around himself he feels the space, light, ambient and life and in search for them he is facing with emotions that he translate into his own photographic creations.

Vladimir Jovanovski earned his PPSA in 2016, his EPSA in 2018, and his MPSA in 2020.
https://www.google.com/search?client=firefox-b-d&q=Vladimir+Jovanovski

Born 8.7.1954. in Mostar.
Photo SIG Coordinator of Mensa Serbia
His works were published in "The Guardian", British "Digital Photo Magazine", "Raincoast Book", "National Geographic Srbịa", etc.
Awards:
The first place in the world within Mensa World Photo Cup 2010.
Four photgraphs as a windows desktop wallpaper for Windows 7, Microsoft Serbia.
One the first and a few 2nd and 3rd awards for the best bird photo in Serbia.
The first place at the compettion "I see invisible", within "Night of Museums' 2010.
The first place at the competition "Priceless moment", organized by National Geographic Srbija.
https://www.pbase.com/vmarinkovic

Was born in Valjevo 1968.
A photographer since 1996.
MFFSS since 2013. He participated in 180 group exhibitions and 9 individual exhibitions
and won over 160 prizes for photography.

Between the tangible and the hidden …
between the substance and the incidence of …
These distances are where life takes place.
When life gives space (momentum) to the spirit and lightness of soul,
only then does the air fill the lungs. That is when a person is complete.